There are several options to interact with the project map:

To return to the full city view, double-click the home icon to the left of the map.

Select the icon in the bottom right-hand corner to open a new tab.

Overview
In October 2014, the Greensboro City Council approved a resolution authorizing support of Participatory Budgeting. Each of the five City Council districts was allocated $100,000 for PB projects, for a total of $500,000.
Cycle 1 (Pilot) Fiscal Year 2015-2017
Overview

More than 1,100 Greensboro residents age 14 and older voted in the City's first participatory budgeting (PB) process in April 2016. The five City Council district ballots included 46 projects based on ideas submitted by residents. Participation included representation from all five City Council districts and from diverse populations within our community. A Phase 1 Evaluation highlights key elements of participation.

Dozens of community volunteers spent hundreds of hours over six months to make this first participatory budgeting process a success. Volunteers served in many roles to help ensure the process was inclusive, transparent, and available to all community members. City staff worked closely with community volunteers to review and vet the project submissions. Well over 2,000 hours of staff time was given to support PB in Greensboro.

In October 2014, the Greensboro City Council approved a resolution authorizing support of Participatory Budgeting for FY 2015-16. Funding for the administration and launch of the PB process was split between the City and the community, with $100,000 in matching funds from the City. Community match funding included grants from Z. Smith Reynolds Foundation, Community Foundation of Greater Greensboro, and Fund for Democratic Communities, as well as in-kind services and grants through the University of North Carolina at Greensboro.

The City received professional assistance through a contract with the Participatory Budgeting Project (PBP), who hired two local on-site outreach coordinators to facilitate the process in our community.

A Steering Committee was appointed by City Council from all five council districts to help develop a handbook (Spanish handbook) and process for Greensboro's Participatory Budgeting.

Idea Collection: November to December 2015. Neighborhood Assemblies and pop-up events were held throughout the community in the fall. At these meetings, community members generated and proposed initial project ideas to improve their communities. If you were not able to make it to an assembly, take a look at our neighborhood assembly presentation. Idea collection took place until mid-December. 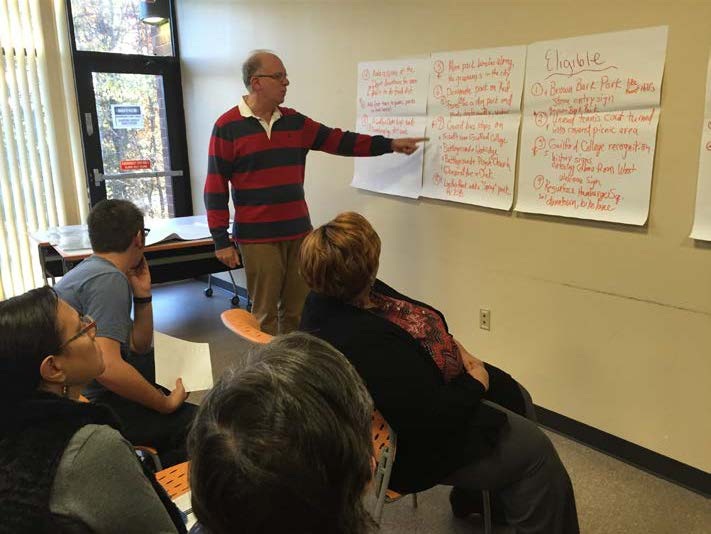 All budget delegate committee meetings were open to the public.

Community Expos: March to April 2016. Budget delegates presented project proposals back to the community during project expos. At each expo, residents learned what project proposals they would vote on and what the cost of each proposal was.

Community Voting: April 2016. Residents of each district voted on their favorite project in their respective council districts. After voting, projects in each district were ranked by order of highest number of votes to lowest and the $100,000 per district will be allocated based on each district’s list.

Winning projects were submitted to the City Manager's Office for inclusion in the FY 2016-17 recommended budget that was voted on by City Council.

Evaluation: May to November 2016. A research team, lead by UNCG, is conducting an evaluation of the process to include demographics of those who participated and suggested improvements to make PB better in the future. Read this executive summary of the research. 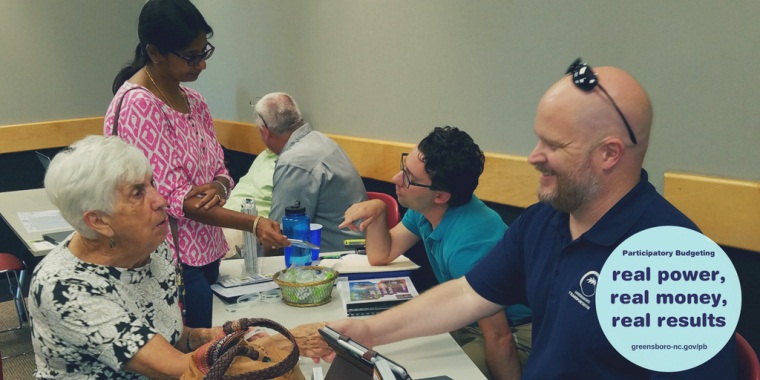 Idea Collection: The idea collection phase of PB Cycle 2 took place in April and May. Here are the results:

Voting: Budget Delegates vetted proposals and developed 41 ideas to put before voters. Voting was open from October 23 to November 17, with 1,199 people casting ballots and 25 winning projects. Here are the results: 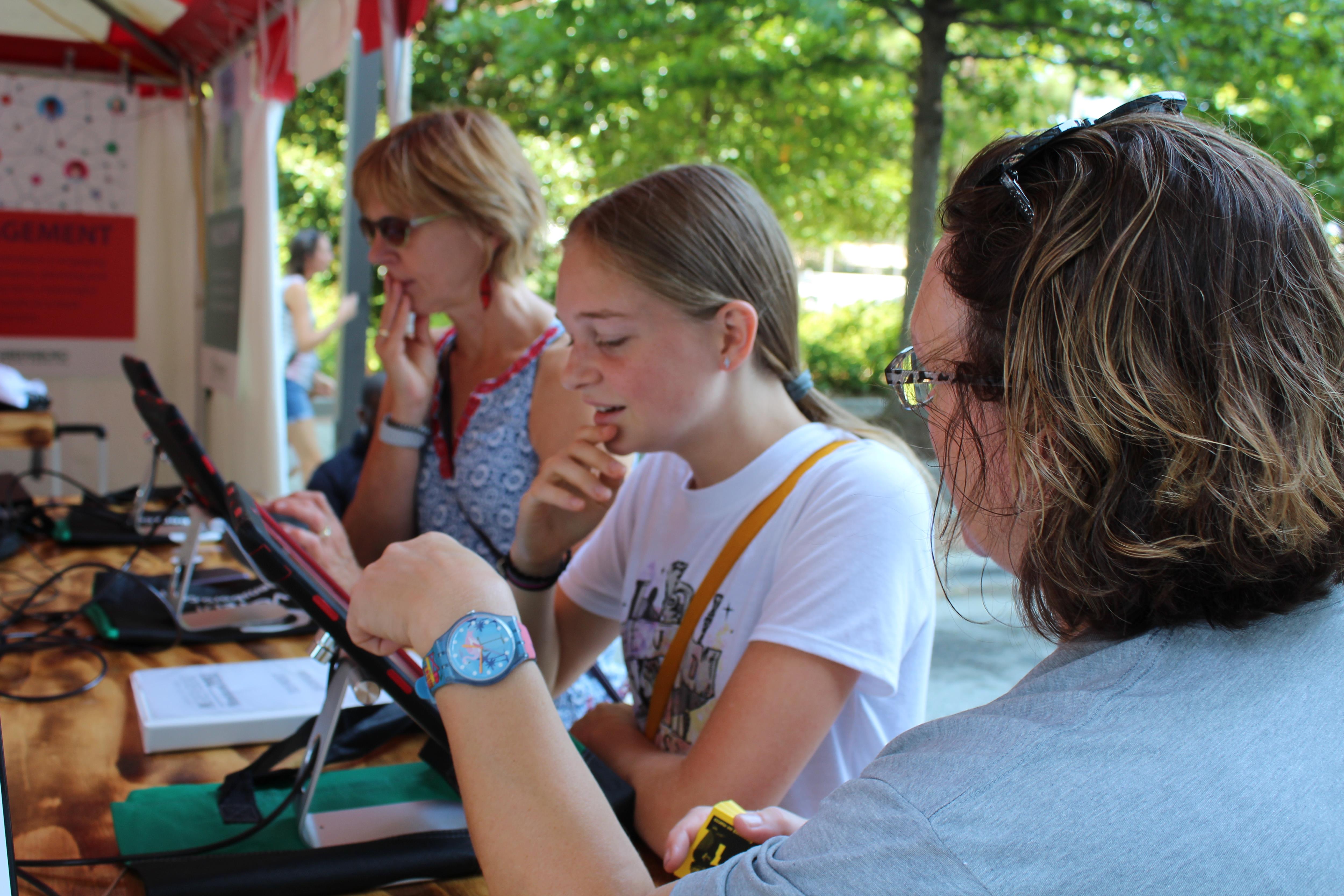 Voting: Budget Delegates vetted proposals and developed 26 ideas to put before voters. For the first time, voting took place online, using a platform provided by Stanford University. Residents could also vote at a series of in-person voting events, including during the North Carolina Folk Festival.

Voting was open from September 6 to October 31. Some 3,961 residents voted.