Street names such as Textile and Denim reflect the pervasive influence of the textile industry in this modest neighborhood of single-family homes. Rosewood was developed in 1928 as a small addition to the Proximity Mill Village. Today it is weaving a vital new neighborhood. Revitalization efforts have concentrated on helping homeowners rehabilitate their homes through loans or grants, eliminating dilapidated duplexes dotting the area, building new homes, installing street lighting, and constructing a neighborhood park. 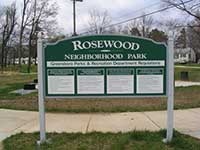 1319 Meadow Ave. During and After Construction 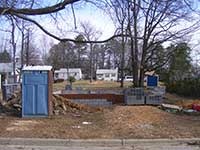 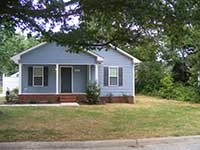