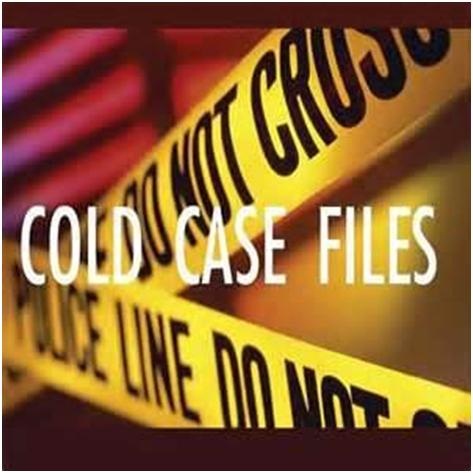 The Greensboro Police Department (GPD) is committed to seeking justice for victims of homicide and their families. Homicide forever affects the lives of the people who knew and loved the victim. Unsolved cases -- cold cases -- can be extremely difficult for family, friends and the community.

To bring some small degree of peace to the families, and to hold offenders accountable for their acts, Greensboro police never close an unsolved homicide case.

Frequently, these cases are solved because someone had the courage to come forward and provide a vital piece of evidence that was previously unknown to authorities. That one piece of information could be the missing piece needed to bring justice and closure to a grieving family.

All calls to Crime Stoppers are completely anonymous. Crime Stoppers offers a cash reward of up to $2,000 for information leading to the arrest or indictment of the person or persons responsible for these crimes.

On March 19, 2013, Antwan Whitmire was found shot at his residence at 1204 Randolph Ave., Apartment A, during a home invasion. He later died of his injuries. His death has been ruled a homicide.

On May 25, 2012, Paula Joy Nicks was found dead behind a church at 1212 Randolph Ave. The investigation revealed that her death was a homicide.

On August 20, 2009, Joseph Adefolalu was found fatally shot in his taxicab on the 1900 block of Mayfair Avenue. The investigation determined Adefolalu was the victim of an apparent robbery. There is a Governor’s reward of $5,000 for information leading to the arrest and conviction of the person or persons responsible.

On January 24, 2005 at 9:40 am, Brian Edward Winslow was found dead in his apartment at 805- F Carrieland Dr., Trinity Garden Apartments. Winslow died from multiple stab wounds.

On October 26, 2003 around 4 am, Bryant Taylor was transported to Moses Cone Hospital by a private vehicle. Upon arrival at the hospital it was determined that Taylor was suffering from a gunshot wound to the back. He was pronounced dead a short time later. It was determined that the shooting occurred in the parking lot of Club Remix at Sands Drive and E. Cone Boulevard.

Tremale Cogdell was shot and killed on August 4, 2003 at 4 pm on N. English St. Cogdell was driving a white Jeep Cherokee that crashed into a tree near the Lorillard Tobacco Company after the shooting. There is a Governor’s reward of $5,000 for information leading to the arrest and conviction of the person or persons responsible.

On April 12, 2003, Hazeline Romaine Harper-Field was found dead in a wooded area behind the
Caldcleugh Multicultural Center, 1700 Orchard St. Her death was ruled a homicide.

On March 9, 2003, Tyquarius Legrande was fatally shot during a drive-by shooting at the intersection of E. Lee and Pichard streets.

On August 2, 1996, Joe Norman “Skipper” Parker was found fatally shot in his truck off the roadway on NC-68 near Airport Parkway. There is a Governor’s reward of $5,000 for information leading to the arrest and conviction of the person or persons responsible.

On December 8, 1989 at 2:30 pm, Eugene W. Pierce, an NC A&T State University student, was found behind the counter area of the Circle K convenience store, 2303 N. Church St. Pierce died as a result of a gunshot wound during a robbery, at which a customer was also wounded. There is a Governor’s reward of $5,000 for information leading to the arrest and conviction of the person or persons responsible.

On July 24, 1987 at 2 am, Greensboro officers were called to 101 Pisgah Church Rd., the Pantry, in reference to a subject down. Upon arrival, officers found the clerk, Teresa Sneed, lying on the floor in the back of the business. Further investigation revealed that Sneed died from multiple gunshot wounds during a robbery. There is a Governor’s reward of $5,000 for information leading to the arrest and conviction of the person or persons responsible.

On July 21, 1985 at 1:10 am, Greensboro officers were called to 1413 Plymouth St. in reference to a subject down. Upon arrival at the scene officers found Florene McNeil, 55, lying on the floor in the residence. McNeil was declared dead due to multiple stab wounds.

On July 9, 1970 at 11:10 pm, Greensboro officers arrived at 110 E. Whittington St. Upon their arrival they found Oscar Wright lying in the street suffering from a gunshot wound. Wright was transported to Moses Cone Hospital where he was pronounced dead on arrival.