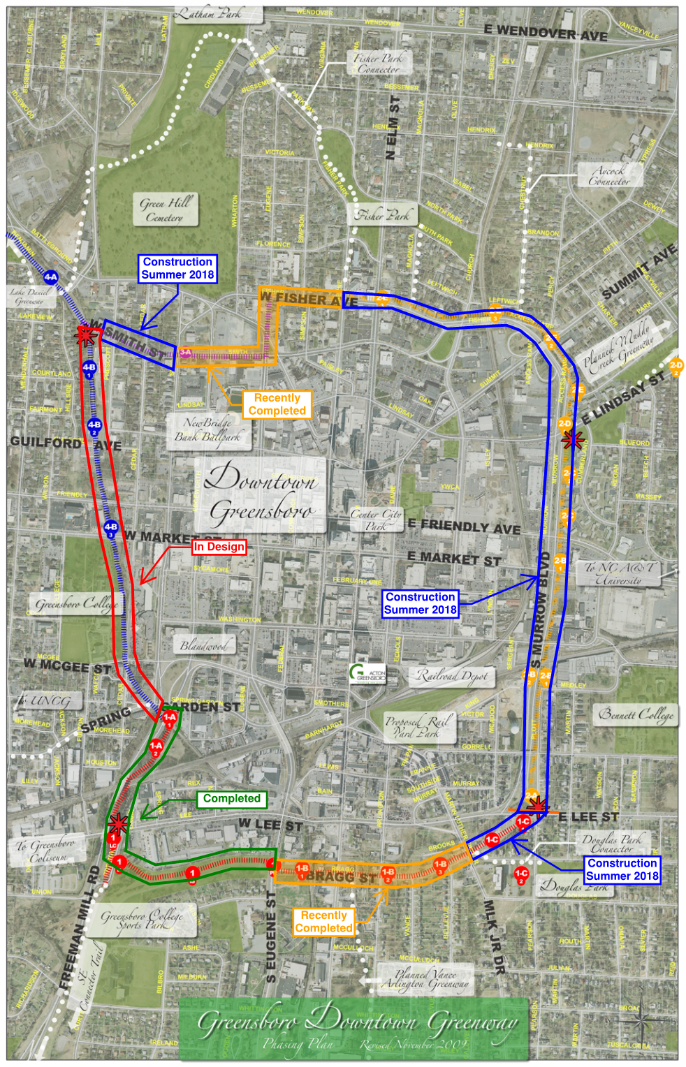 Phase 1 (Southern Leg)
This section is open from Spring Garden Street to Gate City Blvd and includes Morehead Park, Five Points, and the Bragg St sections.
Phase 2 (Eastern Leg)
This section is accommodated on existing roadways along Murrow Boulevard and Fisher Avenue from E. Gate City Boulevard to Greene Street.  Construction will begin April 2019.
Phase 3 (Northern Leg)
The section is almost complete with LoFi along Fisher Ave, N. Eugene Street, and Smith Street.  Smith Street between Prescott Street and the Meeting Place Cornerstone is currently under construction and will be completed April 2019.
Phase 4 (Western Leg)
This section will be built on top of the historic Atlantic and Yadkin Railroad.  Design work is complete and construction is expected to begin in 2019/2020.
Visit Action Greensboro’s Downtown Greenway website for additional information.