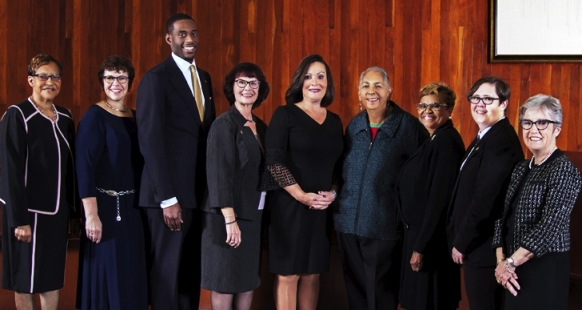 What Council District Am I In?

The City of Greensboro is governed by a Council-Manager form of government. The Council is the legislative body of City government and includes a Mayor and eight Council members who serve four-year terms. Council Meeting Schedule.

The Mayor is the presiding officer of the Council; a Mayor Pro Tem is selected from its members. Through this arrangement, the Council sets and directs policy regarding the operations of city government. The City Manager is the Chief Executive Officer of the City and is responsible for the execution of Council policy and for the management of all City departments and services.